HMI's research and development team successfully developed automated vehicle technology in 2017. In 2018 Ohmio Automotion was formed to begin manufacturing of shuttle vehicles and freight pods, the first of which is due to be delivered by mid 2018. The intention is to have four vehicle models in production by 2019, three shuttle models carrying from 4 people up to 20 people each. Multiple Ohmio vehicles can also "platoon" working as a connected convoy, which makes Ohmio a scalable solution, responding to demand to operate as an efficient and safe virtual tram.

Find out more at Ohmio.com

HMI Technologies has three Automated Vehicle trials, in Christchurch, Sydney and Melbourne (see below). In each trial we are the Lead Partner or key partner, supplying the vehicle and providing expertise on deployment and safe operation of the vehicle, working with commercial partners and conforming to legal requirements set by respective national and state governments.

In each trial HMI Technologies and our partners are answering the questions which need to be asked, to help society and the environment benefit from the safety, efficiency and sustainability of Connected Automated Vehicles (CAVS). Our knowledge of intelligent transport systems, government regulations, Vehicle to Vehicle (V2V) and Vehicle to Infrastructure (V2X) communications makes us leaders in the field for thie emerging technology.

About the Smart Shuttle Automated Vehicles

While we are not reliant on a single manufacturer, the vehicles we are using in the trials announced, the Smart Shuttles, are a French-manufactured level 4 autonomous vehicle called a NAVYA ARMA. Each can carry up to 15 people and travel at speeds up to 45kph. These vehicles have no steering wheel and instead have guidance systems that combine many different types of technology including LIDARs, stereo vision, and odometry. The vehicles are 100% electric with both plug-in and inductive charging optional.

In January 2017 HMI and Christchurch International Airport Limited (CIAL) partnered on NZ's first fully autonomous vehicle trial. The first in a series of trials that are a major step forward in preparing for automated vehicles being successfully and safely used on New Zealand roads. The initial trials will be held around Christchurch Airport, conducted safely on private airport roads.

This is a ground-breaking initiative, which firmly places HMI Technologies at the forefront of the delivery and deployment of this disruptive innovation technology, in Australasia and Asia-Pacific. It is also a first for an international airport in the use of automated vehicles.
New Zealand has been identified as the best place in the world to carry out these trials, because Kiwis are early adopters of new technology and New Zealand offers supportive legislation and a wide range of climate and road conditions in a relatively small area.
The initial trial was established with three main objectives:
1. Understanding the technical and infrastructure requirements for fully automated vehicles to safely operate on New Zealand roads inside and beyond the airport environment.
2. The human and behavioural issues that need to be managed for these vehicles to operate safely on public roads inside and beyond the airport environment.
3. The safety use cases that the regulator will need to be satisfied with in order to license a fully automated vehicle for use on New Zealand roads 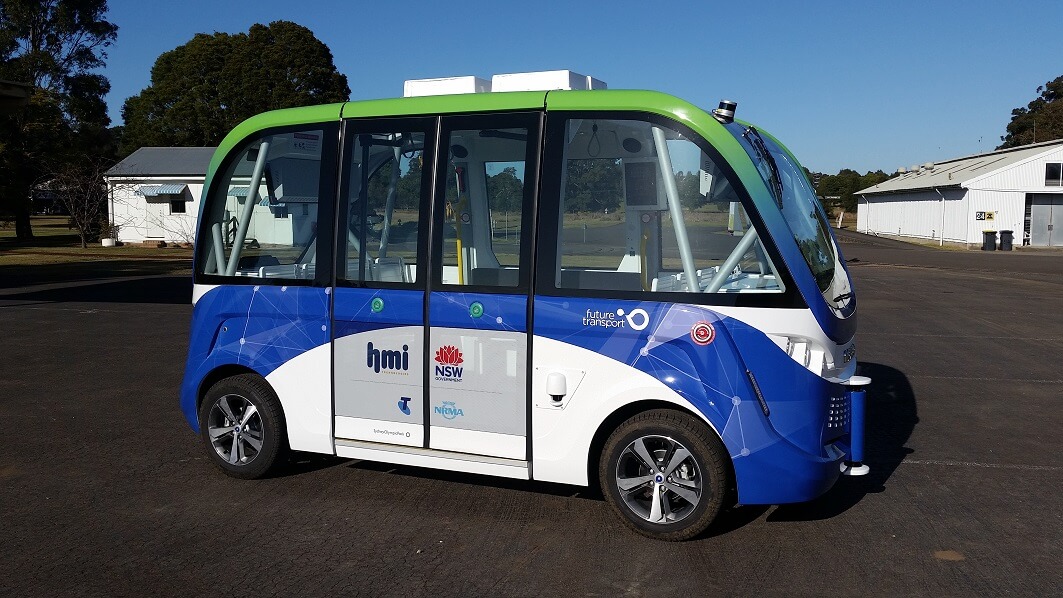 In August 2017 the NSW Smart Shuttle Trial was announced. The state government and Transport for NSW's Smart Innovations Centre have selected HMI as Lead Partners in a trial taking place at Sydney's Olympic Park.

The Smart Shuttle will initially operate on private roads at the park, some 16km west of the CBD, before the trial expands to offer trips to the public and moves office workers and members of the public around the Olympic Park's commercial and residential areas.

The state government and Transport for NSW's Smart Innovations Centre have selected HMI as Lead Partners in a trial taking place at Sydney's Olympic Park. The Smart Innovation Centre has objective of identifying partners to introduce innovative transport technologies.

The Smart Shuttle will initially operate on private roads at the park, some 16km west of the CBD, before the trial expands to offer trips to the public and moves office workers and members of the public around the Olympic Park's commercial and residential areas. 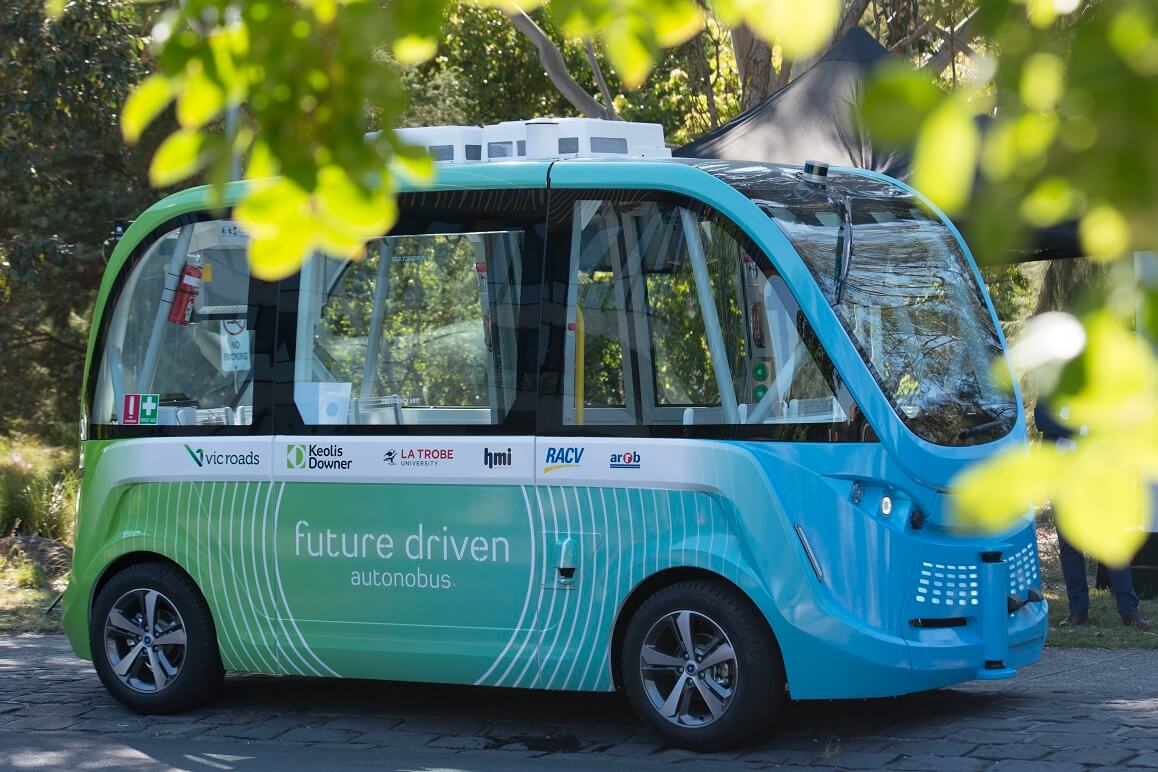 Launched in November 2017, HMI Technologies will operate the "Autonobus" in an automated vehicle trial on campus at La Trobe University in Melbourne.

The Melbourne trial will be in partnership with La Trobe University, Vic Roads, Keolis Downer, the Australian Roads Research Board (ARRB), and RACV. The project aims to explore, through a model deployment in real operating conditions, the use of autonomous vehicles to create a reusable commercial framework to support the development of regulation and legislation.

The trial will specifically test the use of an autonomous vehicle as a "Last Mile" solution, transferring students and University staff around the campus, between bus and tram transport hubs and campus sites.

HMI Technologies is committing to activating more automated vehicle trials in 2017, we are not aligned with a single individual manufacturer and are actively talking to suppliers and to potential partners.  HMI Technologies has an incomparable depth of technical and regulatory understanding and commitment to supporting effective transport technology solutions. We have appointed internationally respected Dave Verma as Director of Australasian Driverless Vehicle Initiatives to work with government agencies and commercial partners and facilities to establish more trials across the region.